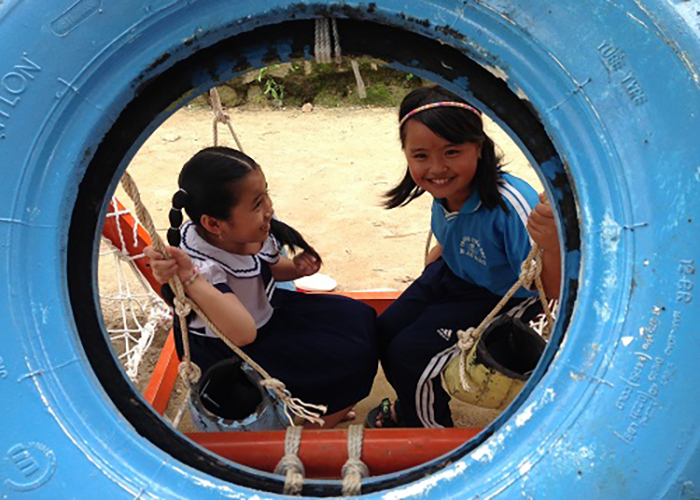 GREEN SCHOOLYARD AND NURSERY JOURNEY FOR "THE RECYCLING SMILE"

Once it was a rough vacant lot, but now a recycling playground sponsored by AlinGroup has gradually formed and filled with the laughter of students at An Hao B Primary School, located in An Hao Commune, Tinh Bien district, An Giang province. Last November 17, the volunteer of the AlinGroup came to the place where we sent our dreams, bringing gifts from philanthropists inside and outside AlinGroup. The Green schoolyard program is not only about sharing toys for children, but also AlinGroup gives the students an ambition - the ambition to build the young generation of physical development, quality as well as cultivating environmental awareness.

Although it’s said that the Green Schoolyard program was difficult to clear all the concerns of the teachers in the Cam Mountains, we could see the images of children climbing on the honeycomb frame, slipping down the bridge and then giggling or simply chatting with each other on the swings made from recycled vehicles, we believe that our sweat, efforts and dreams have been sown into the ground to achieve fruitfulness, deeply titled "recycling smile" will spread and replicate in many more places in his homeland. The program that AlinGroup has built for many years will continue next years.